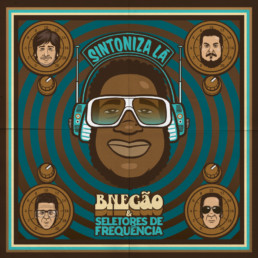 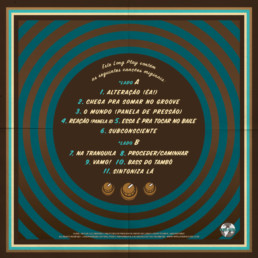 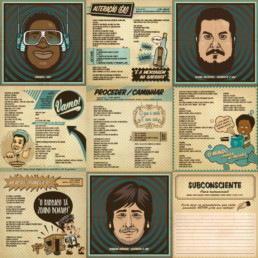 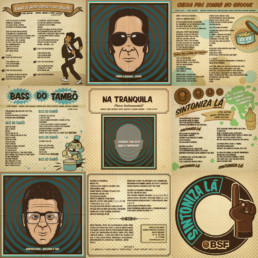 I’m not sure what the Portuguese translation for “badass” would be, but it’s a fitting description for the explosive sounds on Sintoniza Lá, the long awaited sophomore album from BNegão & Seletores de Frequência. Carioca MC Bernardo Santos, a.k.a. BNegão, waited nearly a decade to rejoin forces with the band responsible for 2003’s breakout record Enxugando Gelo, among the first albums available via free download in Brazil. Whether Santos really spent those last nine years hard at work in the studio or drinking caipirinhas on the beach is beside the point; Sintoniza Lá is a groove-filled powerhouse that effectively blends dub, hip-hop, R&B, punk and afrobeat.

Santos was already established in Rio’s hip-hop scene when Enxugando Gelo first made waves. Influenced by Chico Science & Nação Zumbi – to whom he paid tribute to at the closing ceremony of the Summer Olympics in London — Santos was a key member of the socially conscious rap-rock outfit Planet Hemp. The Seletores de Frequência’s infectious sound stems from both this group and his previous solo project, The Funk Fuckers.

In many ways Sintoniza Lá is a more accessible album than it’s predecesor, which featured fewer singable choruses and more experimentation. Sintoniza Lá is a party album at heart, and it’s filled with hooks, deep grooves and slick horn arrangements. The addictive opener “Alteração (Éa!)” is an ass-shaking homage to Fela Kuti that perfectly sets the tone of the album. Next comes “O Mundo,” with its surf-rock intro, catchy refrain and solid vocal delivery by Santos. “Reação (Panela II)” is a burning dub-reggae track fortified by colourful afrobeat horns.

Unlike a lot of MCs, Santos gives his band ample room to rock out, as on the Rage Against The Machine-esque punk rock instrumental “Subconsciente” and the psychodelic funk of “Na Tanquila.” This is a departure from Exugando Gelo, which is more lyrically driven and more closely tied to the backing band concept. Fortunately, the Seletores are unflinchingly solid as a unit; drummer Robson and bassist Fábio Kalunga drive the train, with the tasty rhythm guitar of Fabiano Moreno and Pedro Selector’s killing trumpet fleshing out the sound.

For BNegão’s fans, the nine-year wait was well worth it. Sintoniza Lá was chosen as album of the year at this year’s MTV Brazil Music Awards and has been a runaway hit with critics and fans alike. Hopefully the band will seize the opportunity so we don’t have to wait as long this time around. 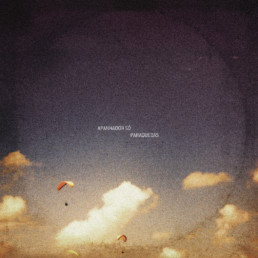 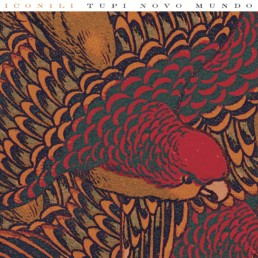 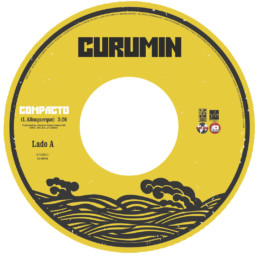 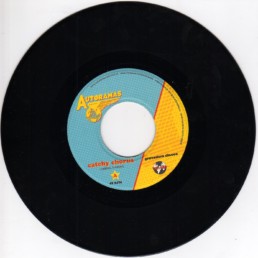 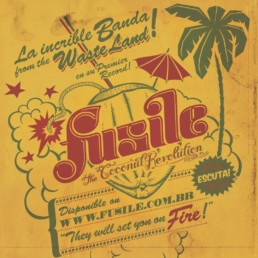 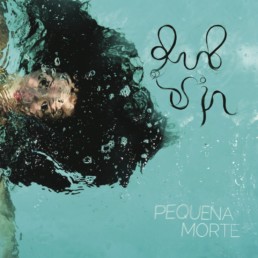 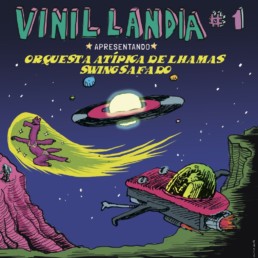